I’ve just finished playing Shadow of the Tomb Raider: read my thoughts on it.

NOTE: There are minor spoilers here and I certainly talk in detail about elements I am happy and unhappy with, but there are no game-ruining spoilers and I haven’t spoiled the plot-twists.

As a long-time fan of the franchise (since beta of Tomb Raider One more than 20 years ago!) I’ve been looking forward to Shadow of the Tomb Raider as the conclusion to the trilogy of rebooted games the franchise launched in 2013—I’ve been very curious about what their plans were for Lara. So, for me, this game was very much about Lara’s story and Lara’s character development as it was gameplay.

Furthermore, as a writer myself, story for me is a critical component of games so I will be splitting my first thoughts on Shadow of the Tomb Raider into two parts: Gameplay and Story.

Gameplay is very similar to Rise of the Tomb Raider and there weren’t any dramatic differences—a few extra mechanics here and there (such as the very entertaining ‘hallucinogenic arrow’), but overall very similar to Rise, and I enjoyed playing Rise. Shadow’s main narrative took me 14 hours to complete.

Remember me gushing about Photographer Mode? Here’s a suave photo of Lara I took using the mode during a (very serious) cutscene. I giggled a lot.

All in all, I felt the narrative part of the game was a little too long and was padded a little too much with unnecessary story events (as I’ll discuss further below), but at least the gameplay in between them was very enjoyable. If you’re uninterested in the story and just like an entertaining game, I don’t think you’ll feel like you wasted your money on Shadow of the Tomb Raider.

Here’s where the game gets a much less glowing review from me.

I wouldn’t say I was disappointed per se, because after how Lara’s childhood was already retconned in Rise and how Sam Nishimura was unexpectedly and unceremoniously shelved in the second game and its linked books and comics, I already knew the studio wasn’t as committed to story as they were to gameplay. I would have to say I expected an adequate if mediocre story from this game and I got exactly that. There were certainly fantastic parts where I was moved, shocked, or impressed—but overall, I was not emotionally engaged, and the story was not the highlight of this game.

To be frank, though, I don’t really think the studio intended the storyline to win any awards; when you compare the effort put into story and dialogue for similar games like Uncharted, the difference is stark. Uncharted has a strong commitment to story and consistent characterization and the comparison leaves Tomb Raider in the dust. 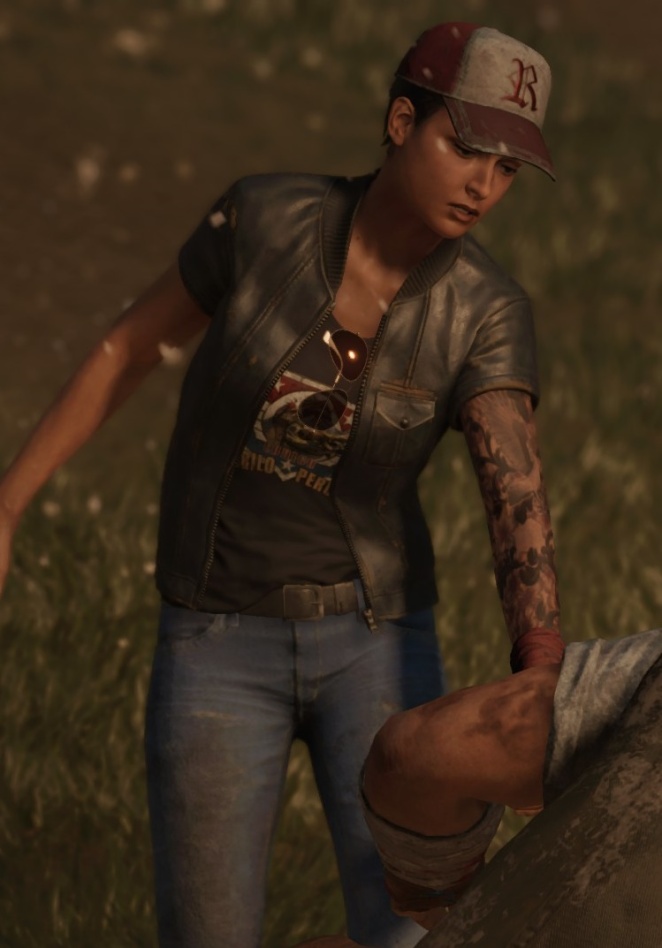 All in all, Shadow of the Tomb Raider was a reasonably enjoyable game and the gameplay was challenging and interesting, so I don’t feel like I’ve wasted my money. However, as the Tomb Raider franchise goes, although the game mechanics are top-notch, Shadow definitely isn’t one of the stronger games for me because of the decisions made about the story.

When I think about how emotionally connected I was to Tomb Raider 2013 and how desperate I was for Sam to be alright and for Lara to get off the island okay (not to mention I was in tears when one of the main characters died), this third Tomb Raider game just doesn’t reach that level. There were certainly moments of brilliance and moments where I could see good foreshadowing had been made, but the story padding and inconsistencies in characters weakened the rest for me.

The ‘ending’ of the trilogy didn’t work for me. It felt sudden. I don’t feel like I’ve come on a long journey with Lara over the three games in the way I would have liked to. The end of a trilogy should leave you feeling exhausted but satisfied—I don’t feel that way at all. It’s a shame, because I know what the franchise can do because Tomb Raider 2013 was so incredible.

I feel like this reboot was a huge missed opportunity to take us through a journey of Lara’s first desperate kill in Tomb Raider 2013 to the smooth assassin who easily takes out 20 enemies in an area in Shadow of the Tomb Raider. She was already that smooth in the beginning of Rise, and I just don’t feel like Lara’s emotional development progressed much in the second two games.

Overall, I’m still sad about Sam being so poorly shelved, I’m disappointed in the inconsistencies in Jonah and about the fact that three games give us three completely different pictures of what Lara’s family was like and very clearly contradict each other. I felt like more attention should have been paid to giving us consistent characters and strong, meaningful storylines that make you think about them for a long time after you’ve finished the game.

I’m disappointed CD didn’t choose to build on the incredible story and characters they started in Tomb Raider 2013 and instead chose to take the story in a different, fragmented direction. For me at least, that decision weakened the trilogy and the second two games just left me feeling ever so slightly unsatisfied.

I wanted these games to be unforgettable—but they’re not. They were fun, I enjoyed playing them, but the weakness in their stories mean I won’t be thinking about them now the trilogy is over.

One thought on “Shadow of the Tomb Raider: First Thoughts”